In April, we mailed a check for $2000 to Bike East Bay (formerly the East Bay Bike Coalition), which is 61% more than we sent them last year.  We donated 72.3% of the revenue from ticket sales.

Check out Bike East Bay’s Summer 2014 Ride On newsletter.. we are all in there thanks to your donations.

That puts us in the same category as City CarShare, Google, GU Energy, UC Berkeley, and Sungevity.  Not bad! 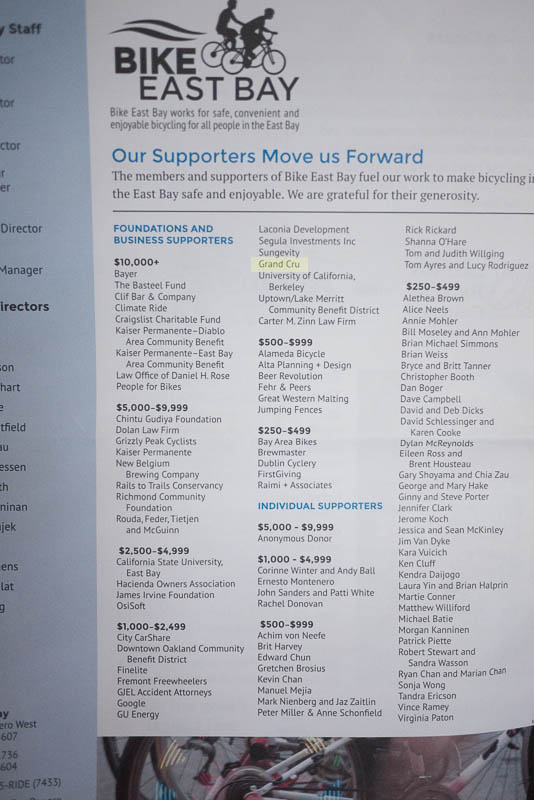 And of course, we wouldn’t have been able to do this without support from the breweries:

Enjoy this gallery of photos from our ride:

Hey there. We hope you had a great San Francisco beer week and an excellent Tour de Biere 2013.   We had excellent weather and excellent beers (and cookies!), and hopefully made new riding and drinking buddies.  Now that things have calmed down a bit, we’d like to share our fundraising data and photos with you.

We were able to donate $1317 to the East Bay Bicycle Coalition this year.  This is a record amount!   This was 90% of your entry fees. 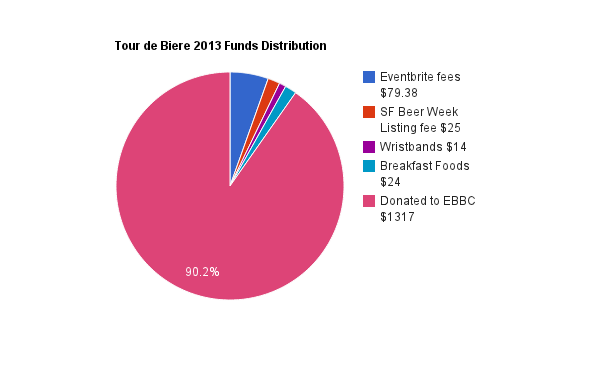 Scroll down for photos from the 2013 Tour de Biere.  Also, stay tuned for details for our March ride! 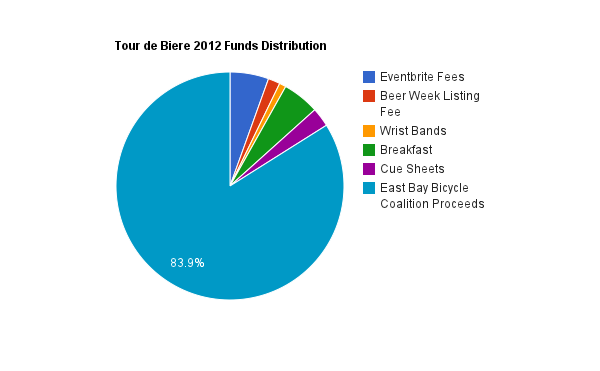 We have photos from Tour de Biere 2012!  A full summary is to come.  Thanks for riding! 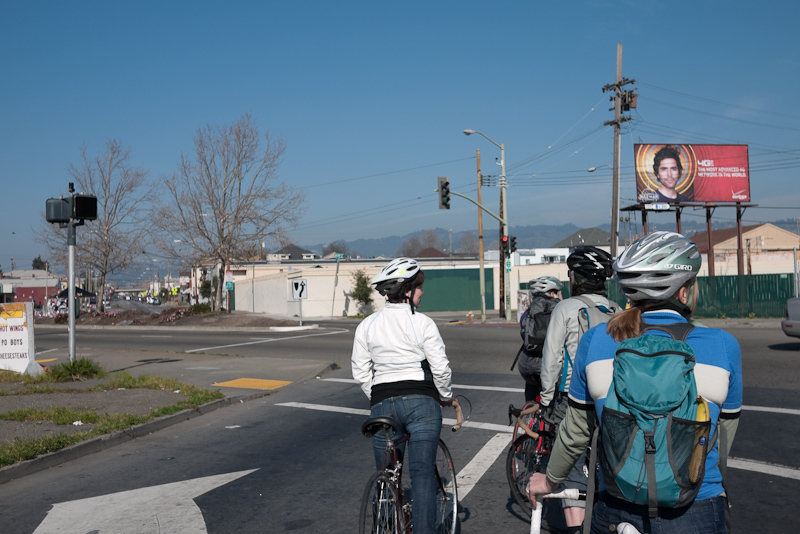